Back in 1966 the finest British and American poets were reading at Morden Tower, Newcastle-Upon-Tyne at a time when they were unheard elsewhere in England.

In this ancient candlelit medieval turret room in the once walled city of Newcastle-Upon-Tyne, England; poets were given a forum to read their poems aloud, and to intimately connect with a deeply appreciative audience.

The Tower readings were started by Connie and Tom Pickard in the summer of 1964 with an enthusiastic Tom soon seeking out local modernist poet Basil Bunting — who studied with Ezra Pound in 1920's Paris — to join in the readings. Inspired by the counterculture he found at the tower, 65 year old Bunting started writing again and penned his modernist masterpiece Briggflatts, giving its debut reading at the Morden Tower in 1965.

Meanwhile the American Beat poets like Lawrence Ferlinghetti, Gregory Corso, Allen Ginsberg and and Black-Mountain poets Robert Creeley and Ed Dorn were lured to read at the tower by Tom Pickard - one of the few places outside of the US that welcomed the reading of Post-modern American Poetry.

The poetry revival was well on its way.

Morden Tower was smaller than I expected and less comfortable to sit around in, but I was so excited by the idea of reading with Bunting in the audience that I read for 3 hours. 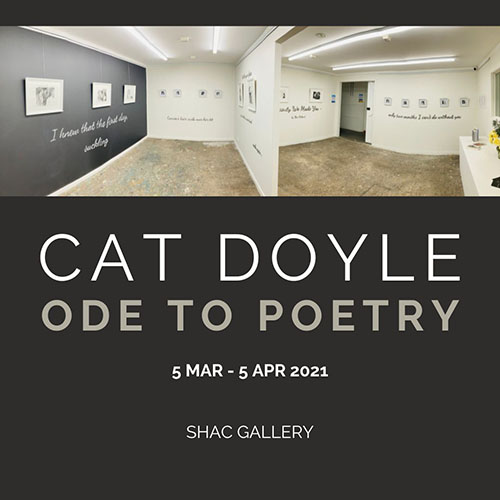 The portraits in Ode To Poetry celebrate many leading poets from the British Poetry Revival as well as the audience who provided a creative exchange which fed and strengthened their work to the enrichment of both parties.

The drawings are inspired by the photographs of the late David M James, which depict the North East poetry scene at Morden Tower in Newcastle, the Colpitts in Durham, and other poetry venues in the 1960's and 1970's (and used with the permission of his family). 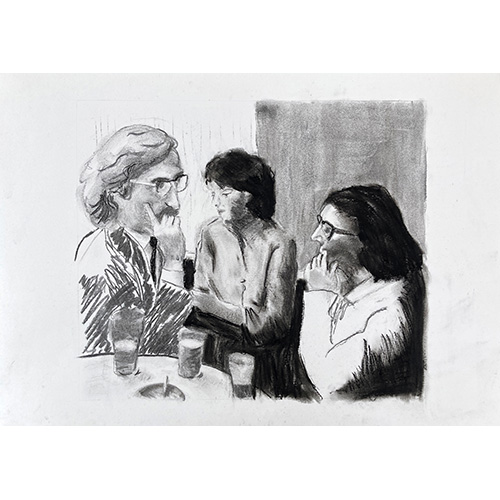 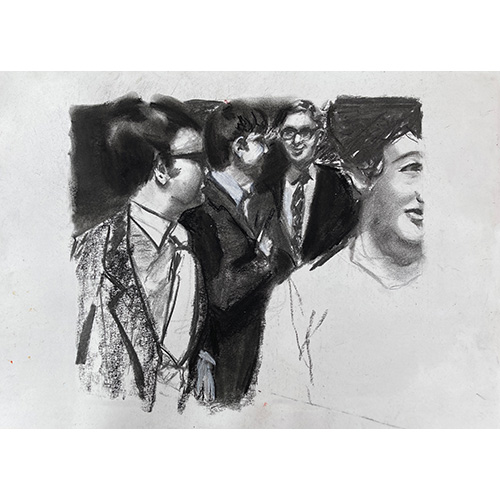 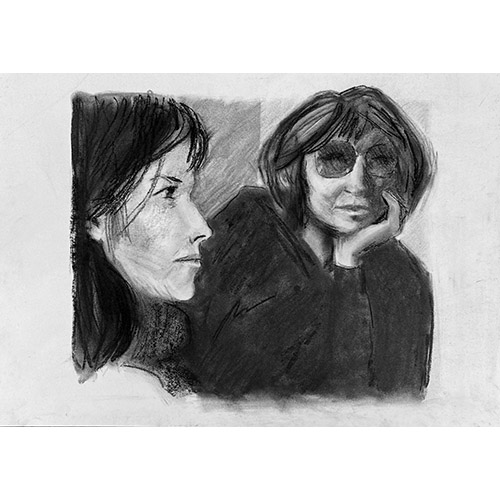 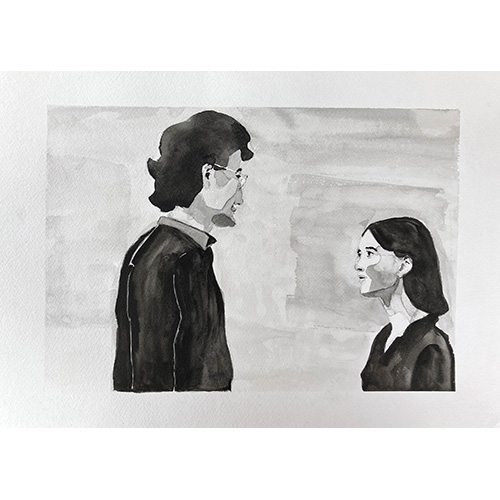 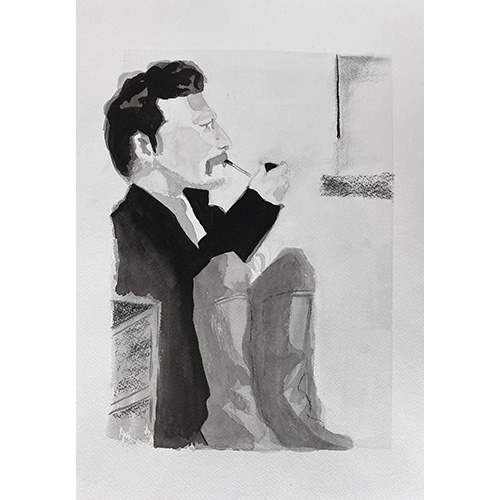 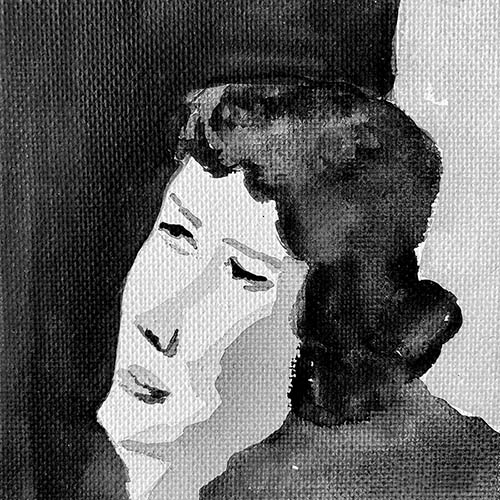 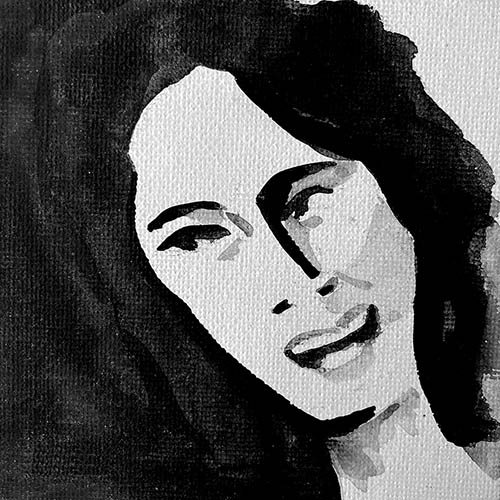 You're on your own / It's off / It's on, 2020 Ink on canvas panel 10x10cm AU$200 Framed Portrays: Unknown audience member
Poetry credit: Beautiful Habit, Tom Raworth 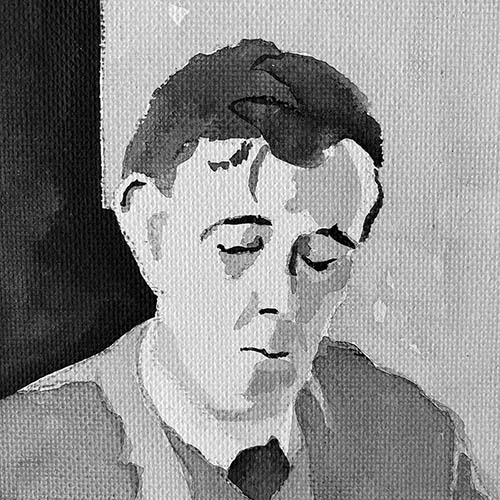 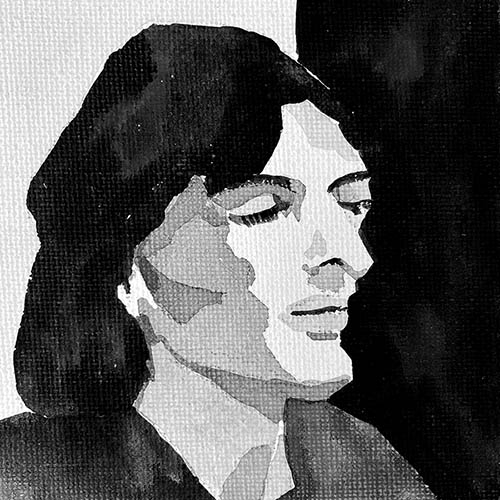 I was that boy who fell to earth, 2021 Ink on canvas panel 10x10cm SOLD Portrays: Tony Lopez, English poet who was one of the younger members of the British Poetry Revival. He later became Professor of Poetry at the University of Plymouth.
Poetry credit: About Cambridge, Tony Lopez 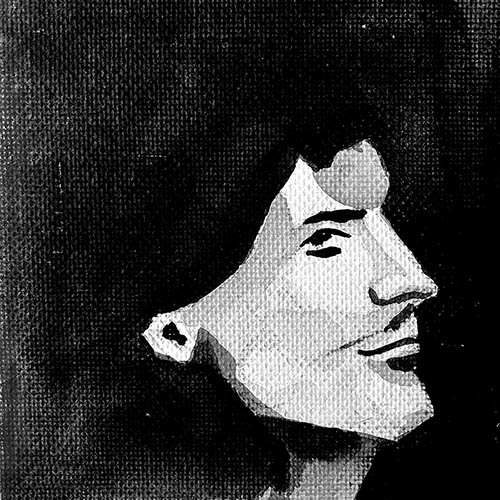 I know this world's so torn but I want no other, 2020 Ink on canvas panel 10x10cm SOLD Portrays: Tony Harrison, English poet and playwright, widely considered to be one of Britain's greatest living poets.
Poetry credit: V, Tony Harrison 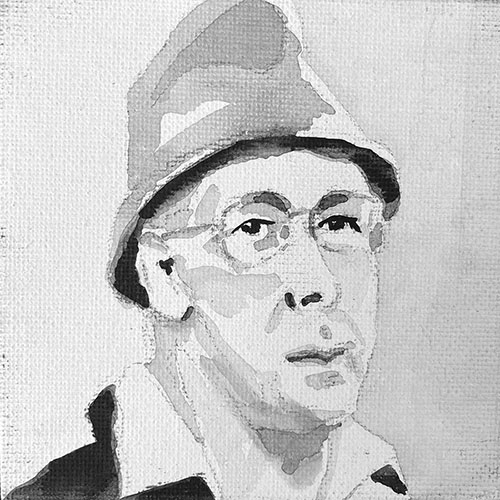 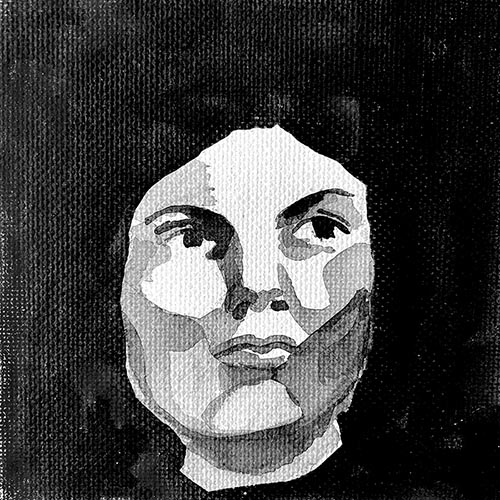 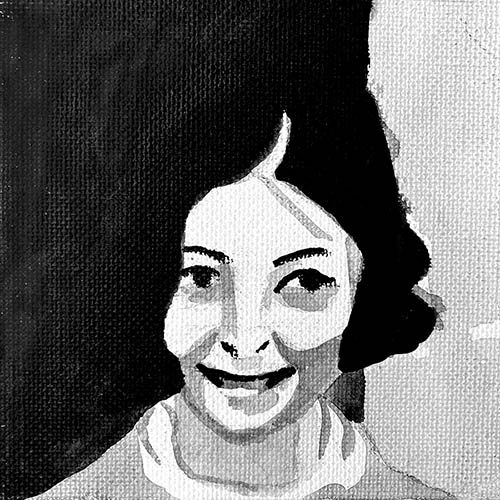 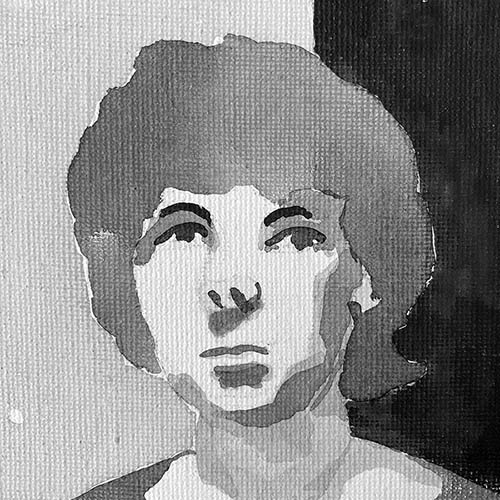 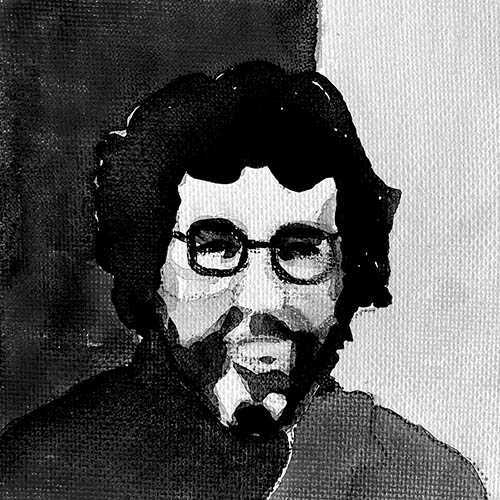 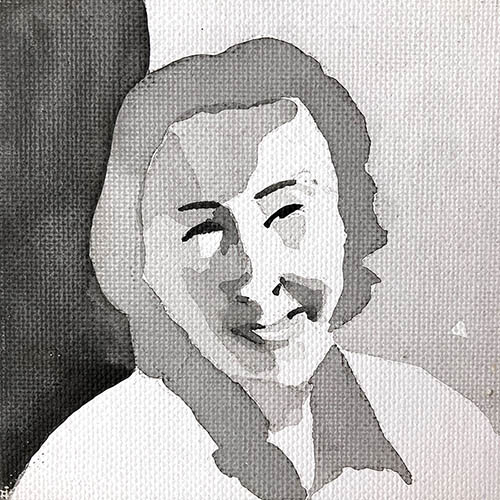 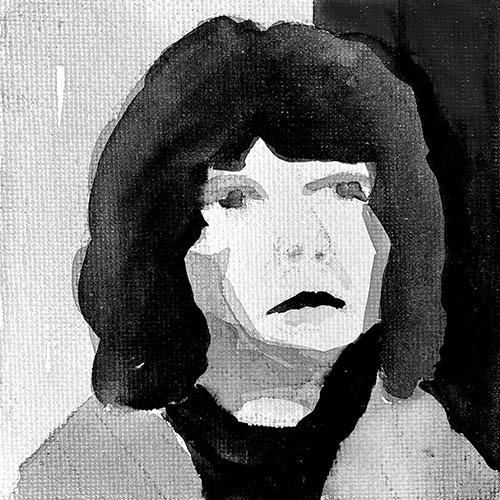 As the years slide by, 2021 Ink on canvas panel 10x10cm SOLD Portrays: Connie Pickard, co-founder of the Morden Tower reading series. The Tower Reading Room is still running today with Connie at the helm.
Poetry credit: The Books, Lee Harwood 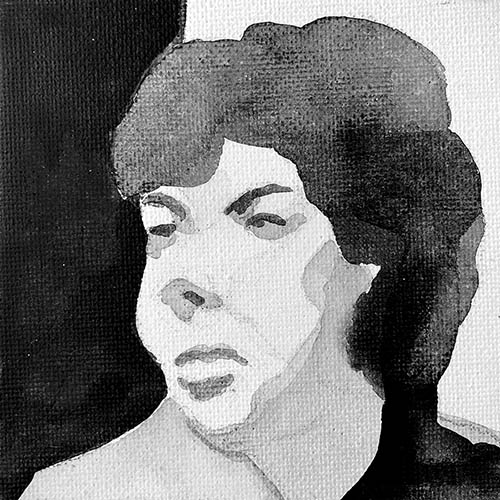 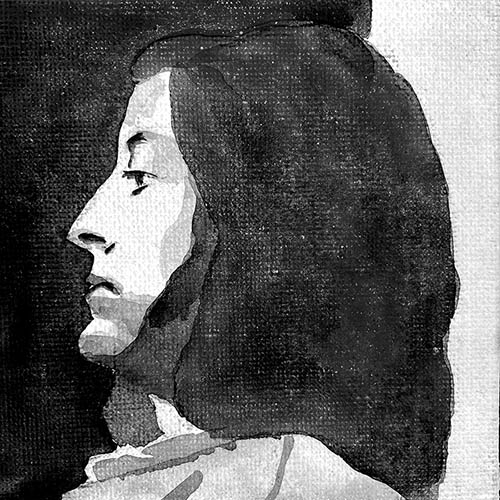 I am as ever beside you, 2021 Ink on canvas panel 10x10cm SOLD Portrays: Unknown audience member
Poetry credit: Poem of this Poem, Andrew Crozier 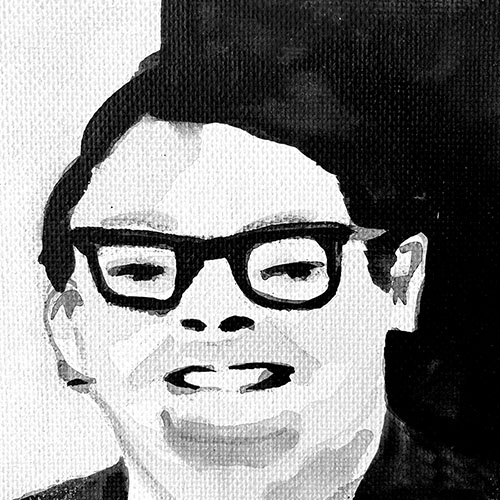 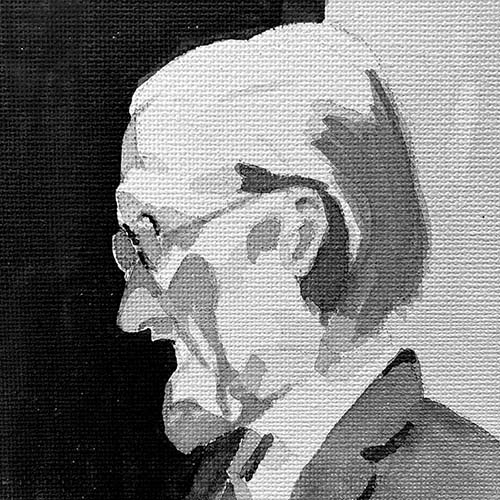 I put out the light and listen to the rain, 2021 Ink on canvas panel 10x10cm SOLD Portrays: John Riley, English poet who was murdered at the height of the British Poetry Revival in 1978. His poetry became so hard to find in print that a rare volume was selling for GBP10,000.
Poetry credit: Second Fragment, John Riley
©2020-22 Cat Doyle. All Rights Reserved.
Images may not be used without permission of the artist.
Site created by Soothed.